The Growing Need for Security Guards

Earlier this month, a security guard in Stockholm drove his van into a truck after he suspected the other driver intended to ram it into the city’s parliament building. His quick thinking caused the truck to crash into a department store instead, effectively ending the frightening rampage.

Back in January, a man entered a Bank in Illinois and started firing his weapon. Security guard Brian Harrison immediately went into action, firing two shots that ultimately killed the robber and saved the lives of everyone in the bank.

Despite the fact that these two incidents occurred hundreds of thousands of miles apart, there is one similarity that remains: Security guards were on the scene, ready to take action.

Security guards are often overlooked and undervalued by both companies and the public. However, now, more than ever, these preconceived notions are changing. How? Well, over the past year or so, there has been a noted increase in security guard positions in the North American workforce.

Why the Sudden Growth in Security Guard Positions?

According to the United States Department of Labor, there are three main reasons why the security job market will see growth over the next few years. These reasons include concerns over:

Crime: Shoplifting is one of the main reasons why security guards can find so much work. With the rise in retail consumerism, especially high-end consumerism, security guards are responsible for helping stores take less of a financial hit by catching thieves in the act.

Vandalism: Defacing property might not seem like a big deal. However, for many companies, especially construction, acts of vandalism could set them back hundreds of thousands of dollars. To avoid unnecessary costs, these companies (and others) hire security guards. Paying several guards to make sure no damage is done to company property is often the much cheaper option.

Terrorism: It is no secret that many countries, including North America, have increased security measures due to the threat of terrorism. Security guards have shown themselves to be an incredible asset in these situations. While it is expensive and often impossible to hire a police officer 24/7, a great alternative is a security guard, who is trained to respond to and deal with suspicious activity (and other related situations).

There are many companies in many industries that require security guard services. However, due to the above-mentioned concerns, many additional industries now request security services in some way, shape or form.

For example, ten years ago, schools, would never have been high on a security guard company’s list of clients. However, times have changed. There is the very real threat of students, disgruntled family members, acquaintances and even strangers showing up at school with a weapon. To prevent these situations, some schools hire security guards to screen everyone who enters or exits the school in order to keep everyone safe.

Some of the major industries that security guards work for today include:

The good news is, while security guard roles are increasing, the number of people taking on security guard training or applying for these jobs has not. For those of you sitting on the fence about becoming a security guard, now is the perfect time to get in on the action!

Before you start applying for a job, you do need to obtain your security guard license. Basically, you need to go through some very specific training so that a company or individual will hire you. This education is critical to your success as a security guard. There are a lot of behaviors and actions you can and cannot take as a security guard.

Training includes both indoor and outdoor lessons on various relevant topics like:

There are many different ways to obtain a license. One thing you want to confirm is that the training you receive will get you that license and more importantly, a job. There are some private investigation companies, like ours, that offer some of the best training on the market. We also help our students to find great positions with many different companies (even our own!).

Are you looking to get a head start in a rapidly growing career? Don’t forget to sign-up today for our award-winning security guard training. Need more information? No problem! Contact us at: Info@SmithInvestigationAgency.com 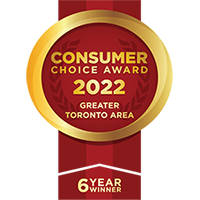